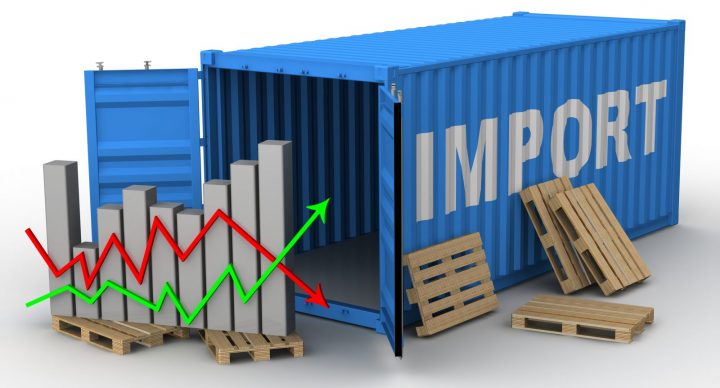 By Benjamin Flowers: The latest data from the Statistical Institute of Belize (SIB) shows that Belize’s expenditure on imports for the first four months of 2021 rose by more than $10 million when compared to the same period last year.

According to the SIB’s latest External Trade Bulletin, merchandise imports for the first four months of the year, January to April 2021, amounted to $598.7 million, representing a 1.8 percent or $10.8 million increase from the same period last year, when imports totaled $587.9 million.

“Despite the relatively small growth in overall imports, there were marked increases coming from a few commodity categories during the period. Beverages and Tobacco The ‘Beverages and Tobacco’ category almost doubled, rising by $15.1 million from $15.8 million in 2020 to $30.9 million in 2021, owing to significant imports of beer destined for re-exportation during the four-month period,” the SIB said.

Increased imports of steel pipe piles, cement, and corrugated steel rods caused expenditure on ‘Manufactured Goods’ to go up by more than $15 million, from $82.2 million to $97.2 million, while the Chemical Products’ category rose by almost $8 million, from $56.5 million in 2020 to $64.4 million in 2021 due to an increase in the purchasing of diagnostic testing kits, fertilizers, and biodiesel. The ‘Other Manufactures’ category also went up by $3.4 million, from $41.6 million to almost $45 million, due primarily to imports of scanners and prefabricated buildings.

There were a number of imports that saw reduced spending during the four-month period, with imports bound for ‘Commercial Free Zones’ and ‘Machinery and Transport Equipment’ experiencing the most notable decreases.

“Commercial Free Zones Goods meant for the ‘Commercial Free Zones’ declined by $14.7 million during the first four months of this year, from $90.6 million in 2020 to $75.9 million in 2021, as a result of reduced imports of several items, including bags, clothing, and fans,” the SIB added. “The ‘Machinery and Transport Equipment’ category fell by $12.6 million, from $122.4 million to $109.8 million, due to reduced purchases of aviation equipment and pumps.”