Woman robbed of her gold chain at gunpoint in Belize City 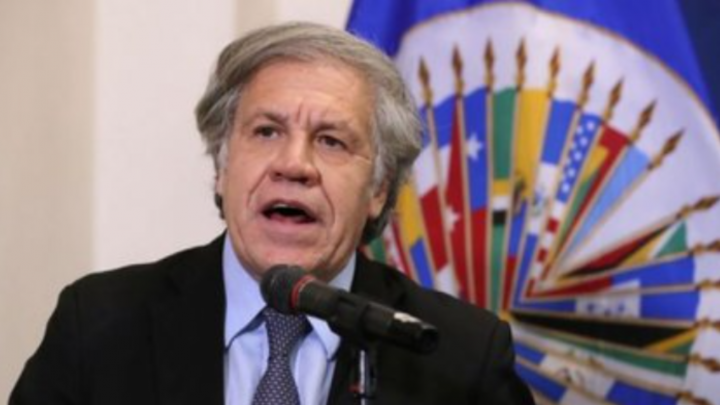 By Aaron Humes: A short statement from Belize’s Ministry of Foreign Affairs, Foreign Trade and Immigration posted today calls attention to “personal and controversial remarks by the OAS Secretariat and SG (Secretary General) Luis Almagro without consultation or approval of Member States.”

According to the statement, “Belize continues to be concerned…Such remarks do not reflect our views and undermine the high esteem of the office of the Secretary-General.”

While not specifically clear which remarks it was speaking of, Reuters reports that México is at odds with Almagro ahead of mid-term elections being held today.

Mexican Foreign Minister Marcelo Ebrard on Friday slammed the Secretary General Almagro’s performance as “one of the worst in history.”

Ebrard said, “He has acted, repeatedly, without consulting the member states … He acts as if he were autonomous.” He was responding to questions of the OAS’ role in monitoring elections.

Ebrard further repeated Mexico’s criticism of the OAS’s role in Bolivian elections in 2019, when then-president Evo Morales resigned under pressure from the armed forces after a presidential vote that the OAS said was rigged in his favor.

Ebrard accused the OAS of “practically fomenting a coup” in Bolivia and said his government would be watching that it and other election observers respected Mexican law. Mexico granted asylum to Morales after he fled Bolivia.

Almagro responded on Colombian television with a reference to the collapse last month of a rail overpass in Mexico City on a metro line built when Ebrard was mayor of the capital from 2006 to 2012.

“I’m a nice person, and I hope that no other structure that he built as mayor of Mexico City collapses,” Almagro said when asked about Ebrard’s remarks.

Almagro also expressed solidarity with victims of the accident, which killed 26 people.

Following Almagro’s comments, the foreign ministers of Argentina and Bolivia, whose governments are close allies of Mexico, tweeted messages of support for Ebrard against Almagro.

Belize has been beholden to the OAS for its mediation in the dispute with Guatemala and for its maintenance of an office in the Adjacency Zone.